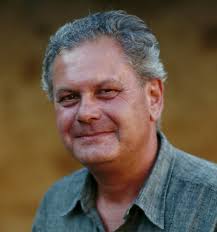 Categoría: Honorary Members
Back to partners

A graduate of the Academy of Fine Arts in Florence, from 1976 to 1979 he worked for the Maggio Musicale Fiorentino, from then until 1989 for the Piccolo Teatro in Milan, where he collaborated with Giorgio Strehler, and from 1987 to 1991 for the Rossini Festival in Pesaro. He has also been in charge of the illumination of La clemenza di Tito with Brenner, Idomeneo with Lehnhoff, From the House of the Dead and Tristan und Isolde with Gruber, Guglielmo Tell and Castor et Pollux with Pizzi, Fidelio with Strehler and with Herzog, La forza del destino with H. de Ana, Arminda by Gluck, Falstaff (with Ronconi), Otello by Rossini, Norma, Semiramide, Aida, Manon, Così fan tutte, Falstaff, Madama Butterfly, Tosca, Swan Lake, La bayadère (choreography by Nureyev), Carmen, Lucia di Lammermoor, Die Walküre, Pelléas et Mélisande (with Dorn), Turandot at the reinauguration of the Liceu in Barcelona (with Espert), on stages such as Paris (Théâtre de Châtelet and Opéra de la Bastille), Aix-en-Provance, Madrid (Teatro Real and Teatro de la Zarzuela), Salzburg, Brussels, Verona, Toulouse, Milan (La Scala), etc., with important conductors such as Muti and Abbado.

Last Thursday, April 12, 2018, took place at Resad, a masterclass with the master Cheli, where he showed us and talked about moments and images of his career. The Association of Lighting Authors has named him Honorary Member and thanks him for his generosity in sharing his experiences with us and for allowing us to enjoy his company.