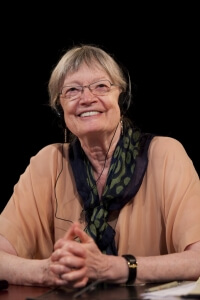 Jennifer Tipton is one of the most relevant lighting designers in the world. It is one of the pioneers of the industry. Her resume is impressive, she has worked with the most important dance companies in the United States and has a long career lighting dance, theater and opera on the most prestigious stages in the world. Since 1981 she has been an adjunct professor in the design department of the Yale School of Drama, where she continues to teach.
Winner of multiple awards, including the Dorothy and Lillian Gish Prize, two Tony Awards, two Drama Desk Awards, and the Olivier Award.

In July 2013 during her stay in Madrid while working at the Teatro Real illuminating the opera “Il postino”, she inaugurated the cycle “Encuentros de la luz” and was named honorary member.