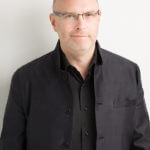 Categoría: Guest Partners
Back to partners

Clifton Taylor (1963), is a set and lighting designer for the theatre.

For over 29 years, Taylor has created lighting, projection and scenic designs for theatre, dance and opera companies around the world, as well as designing a number of unique concert events.

In the world of dance, his designs have been commissioned by major companies around the world, such as the American Ballet Theatre (New York), the San Francisco Ballet and the Alvin Ailey American Dance Theater (New York).

In addition, Taylor is a teacher and lecturer in theatrical lighting. He has been a theatrical consultant to venues worldwide and is a sought-after teacher of theatrical lighting, especially in the area of color and light. She held the New York Broadway Lighting Master Class of New York from 1997-2014 and is a member of the dance faculty at the Juilliard School.

Taylor, was named Guest Partner by the Association of Lighting Authors after the Masterclass that included the presentation of his book. Color & Light which took place in the Gayarre Hall of the Teatro Real on May 28, 2019.