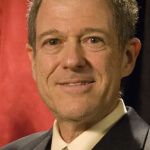 Jeff Ravitz has won 7 Emmy® Awards, including for Bruce Springsteen and the E Street Band on HBO, and was previously nominated for Cher. . . Living at the Mirage. He has also received four Telly Awards for television design.

Well known for years as Bruce Springsteen’s lighting designer, Jeff has built a reputation for transforming live performances and entertainment shows at Arenas into shows that could be broadcast on TV properly while maintaining all the excitement of live performance.

In 2010, Jeff was the lighting director for the Vancouver Winter Olympics.

On May 11th, Jeff gave us a lecture on Lighting from Live Shows to TV, at the Institut del Teatre, organized by the Association of Lighting Authors. He was appointed Guest Member.