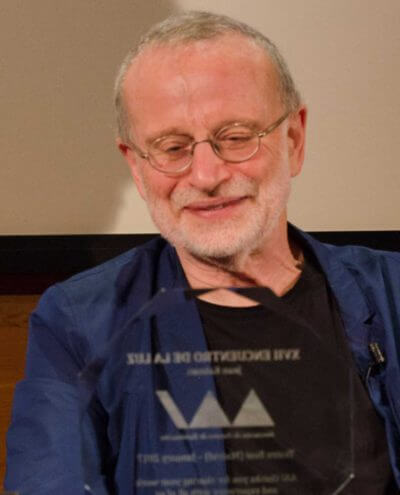 Jean Kalman was born in Paris on 20 July 1945. After leaving university he worked as a philosophy professor, but after a few years he decided to give up teaching and dedicate himself to photography, an activity he did for a short time and then devoted himself to lighting.

His first experience in theatre was at Les Bouffes du Nord, the theatre that for 40 years has been run by Peter Brook, a space for research and creation located in the north of Paris in an area inhabited mostly by immigrants. It is here that for the first time he illuminated a show that captivated hundreds of spectators absolutely devoted to the emotion of the theater, impressed by the reaction of the public, that day he was certain that this was what he wanted to do in his life.

In his beginnings he was dedicated to the lighting of plays and musicals and in 1998 he made his first lighting design for the opera “La dame de pique” by Tchaikovsky. Since then, passionate about opera, he has been the creator of the lighting of great works such as: “Contes d’Hoffmann”, “Salomé”, “Don Giovanni”, “Didon et Enée”, “Cosi fan tutte“, “Wagner dream”, “La Damnation de Faust”, “The Damnation of Faust“. “… and has worked on the most important stages in the world: the Amsterdam Opera, the Théâtre du Capitole in Toulouse, the Grand Théâtre du Luxembourg, the Teatro San Carlo in Naples, the Paris Opera, English National Opera, Covent Garden, La Scala in Milan, the Vienna Opera, the Bolshoi Theatre…

Last May 16th, we had the privilege of having the XVII Encuentro de la Luz at the Teatro Real, where Mr. Kalman showed us his great professional development and where he also showed us the design and explained the evolutionary process in the Illumination of the Musical Billy Budd. For all these reasons, the Association of Lighting Authors has decided to name him Honorary Member and thank him enormously for his willingness to visit us and give us this memorable opportunity.